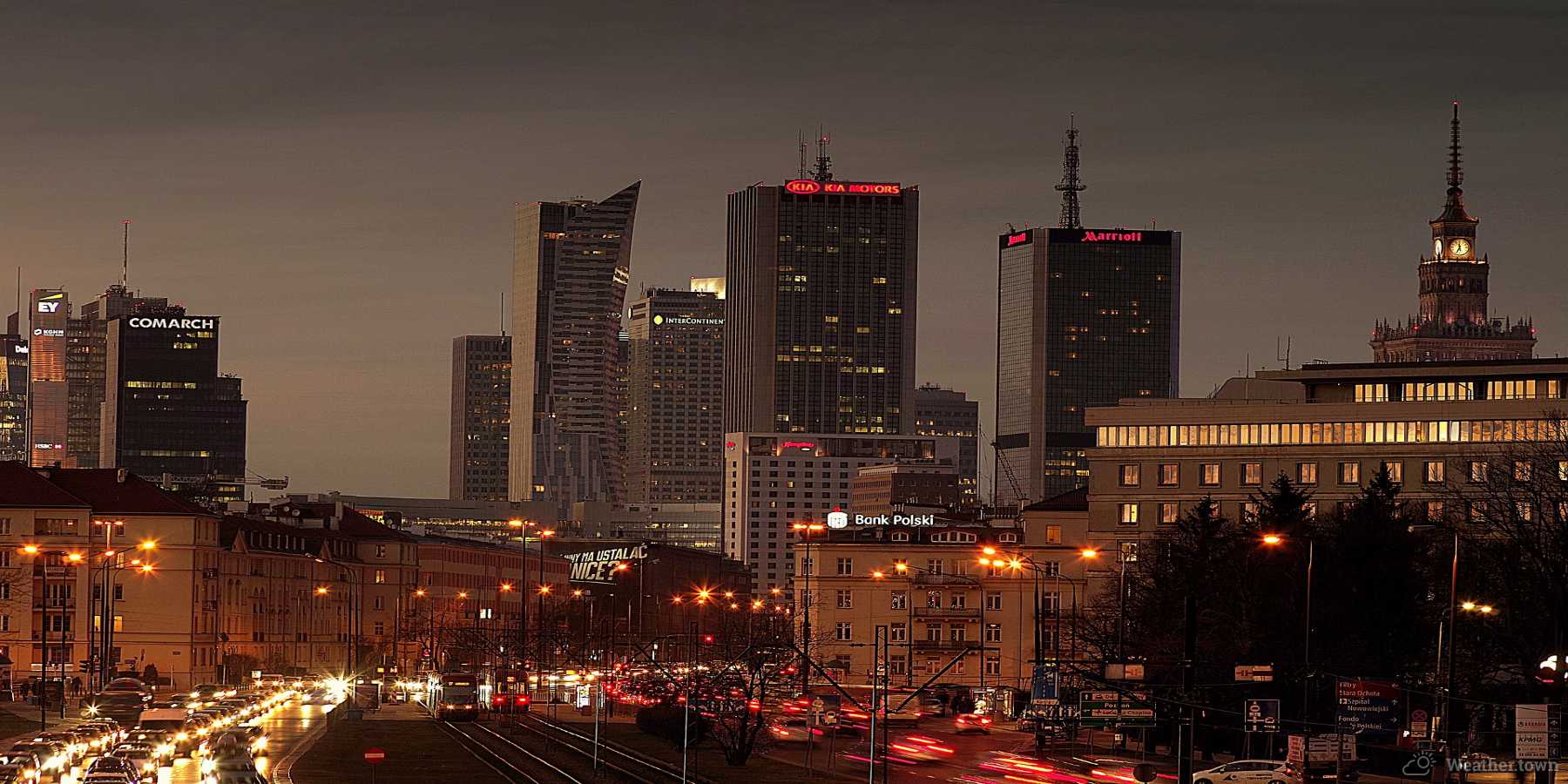 A moderate climate prevails throughout the year in Poland.

A moderate climate prevails throughout the year in Poland. The weather in Poland may differ dependin...

A moderate climate prevails throughout the year in Poland. The weather in Poland may differ depending on the region. Mild winter and wet and cool summer are typical for the north and west of the country.

The center and east are known to have very frosty winters and hot summers. A fairly warm winter is in the south with a temperature up to -10C. Summer here is cool, up to + 22C. The average precipitation in the mountains is about 1,800 mm a year. The country attracts tourists with its sights, resorts. The accurate weather forecast in Poland will help you choose the best time to visit.

Winds and constant cold prevail. Snow is rare near the coast and temperatures may range from -4C to + 3C.  In the center and east, it is from -3C to 0C. In the mountains, the weather is sunny, but it is constantly snowing, temperatures drop down to -10C.

In Krakow, the temperature is mainly within -4C - + 2C, low precipitation level is typical. Weather in Warsaw rises to + 1C during the day, and at night it usually drops to -5C. In Gdansk, it is usually cloudy, with a temperature range of + 1C ...- 3C. Zakopane is famous by constant heavy snowfalls, the average temperature is from -5 to -8C. Warm days begin in Warsaw, in the daytime, an average temperature is + 8C, sometimes it can rain. Gdansk and Gdynia are characterized by heavy precipitation, strong winds, temperatures up to + 5C. Frosts get stronger in the mountains.

The weather in Warsaw and Krakow is characterized by warm sunny days, usually, up to + 19C. Rains are not yet a frequent phenomenon. On the coasts, it is colder mainly by 5C. Zakopane and the Tatras have the temperature up to + 15C. This is the hottest month in the country, with the highest amount of rainfalls over the summer. The temperature throughout the territory is leveled up from + 22C to + 26C, it is cooler only in the mountains and on the coast. The sea warms up to + 22C. The average daytime temperature in the center and east is + 22C. It is 5C lower in the mountains and on the coast. The nights are already cooler, but not colder than + 10C. The first half of the month has warm summer days, and the second part is rainy. The sea is only + 17C.

The weather at this time is very changeable, but it seldom rains. The temperature throughout the territory during the day is ranging from + 9C to + 13C, and from + 6C to + 8C at night.

November brings strong and cold winds. The weather is dull, rains do not stop for several days. In the mountains, it is mainly 0C, throughout the day it is from + 5C to + 9C. Frosts begin in the mountains, the temperature falls to -5 ° C, it starts to snow. It is up to + 5 ° C on the coasts, the average daytime temperature throughout the territory ranges from + 2 ° C and at-3 ° C at night.

To plan a trip, you should check a 7-day weather forecast in Warsaw or other cities.